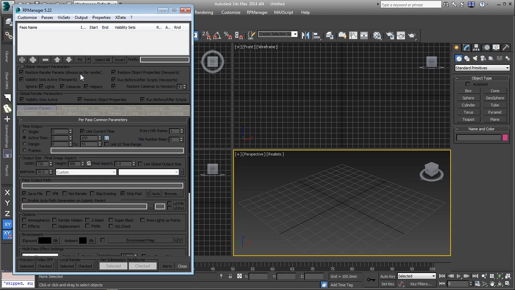 Sculpting with Conform Transform – 3ds max Freeform Modeling So that’s how to use the Transform Conform buttons, and I’ll just mention in passing that you have similar functionality here in the Paint Deform, but it’s not quite as slick. The advantage of doing it in the Paint Deform panel here is that you do have the advantage of these Commit and Cancel buttons, so basically a history in memory. So just to show you how that works, I can choose the Shift tool, and it also works in screen-space, but it doesn’t localize the effect. It actually creates sort of a tunnel for the effect that goes into the view-port.

Sculpting with Conform Transform – 3ds max Freeform Modeling So I’ll illustrate, so I’ll tumble around here, orbit, so I’m looking at this on edge, and then click and drag, and then tumble around, and I’ve actually affected everything that was underneath the cursor, and not just in a single localized area in 3D space. So that’s the difference between the Paint Deform implementation of the screen-space tweaking, and the Conform Transform method, which, if we switch back to that, we’ll see that we’re able to move just one localized area of that surface. Alright, so that’s how to do free-form sculpting with the Modeling Ribbon.